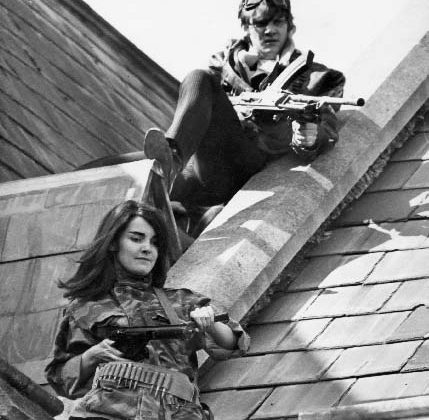 When it comes to movies I tend to have the taste of 40-year-old woman from the suburbs. I’m happy to straddle the fence between big budget ensemble comedies and art house indies you have to go to a special movie theatre to see. This year, even though I feel like all I did was watch movies, very few of them felt worthy enough of being on a top 10 list. I kept finding myself hating the movies everyone raves about (Mad Max Fury Road, Steve Jobs, Joy) and feeling too embarrassed to admit to the ones I actually enjoyed (The Intern, The Kingsman). I’m still behind on the usual Oscar bait (Carol, Hateful Eight, The Revenant) but who knows, I’ll probably end up hating those ones too in favor of something starring a CGI-ed chipmunk. Nonetheless, I was able to whittle down some pretty great gems.

I really appreciate Adam McKay stepping out of his comfort zone of screwball improvised comedies to educate us about the housing bubble and debt crisis. While not completely successful all the time, this movie never felt bogged down by linear storytelling. By breaking the forth wall and including educational explanations from celebrities, it kept us on our feet even though we already know the depressing ending.

I don’t think there’s anything better than Jason Schwartzman being pretentiously perfect. This Silverlake caricature is like wish fulfillment for ‘artsy’ people everywhere. It’s nice to see a movie set in only one location with only four characters. We don’t get enough of these movies. Plus full frontal nudity.

I actually only saw the first 30 minutes of this movie during one of my multiplex triple-features while waiting for Jurassic World to start, but the parts that I saw were beautifully stylistic, very well acted, and told from a pretty fascinating perspective. Also I really liked the clothes.

I watched this movie at one of those movie theatres where you sit in barcaloungers at 11am while eating fried chicken. By the end, the audience and I had grown very close. I don’t think I’ve ever had a more communal viewing experience. This movie is about artists. About the need to express ones self, and for these men it was through stripping. Their different personalities colored the way they stripped and kept each performer’s routine authentic to them. Also can we talk about how good Andie MacDowell was? I left that theatre a changed man, with newfound friends and whole lot sweatier.

I can’t think of anything better than a Nancy Meyers movie. Perfect Sunday matinee films featuring large, recognizable casts with whom you feel comfortable, older lady sexapades, gorgeous furniture pieces, 17 shades of beige. I mean this is heaven. Let’s just admit it: we all want to live our life in a Nancy Meyers movie. I know I do.

What We Do in the Shadows

This mocumentary about New Zealand vampires comes from the creators of “Flight of Concords”. While I harbor some mocumentary fatigue, this one is refreshingly good, on par to any Christopher Guest film. It was a long time coming, actually starting production before the Twilight craze came and went. It used practical effects, antique cameras, and excellent gypsy music to make what is in my opinion the funniest movie of the year.

Thomas McCarthy directed this movie like one of the journalists he was telling the story about. No thrills, just strait-forward facts and events. And yet I was on the edge of my seat the entire time. The attention to detail, from the 2003 fashion to the accurate Dunkin’ Donut logos, fully immersed me into the time period. The subject matter and stakes were strong enough that there was no need to push. In a year filled with biopics that fabricated the truth to make for more interesting stories, this one flourished by sticking to the facts. I’ve never seen a performance like Liev Schreiber’s – so subtle, so controlled – basically the least movement and expression I have ever seen in a movie since the dead guy from Weekend at Bernie’s

I think this is one of the most criminally overlooked movies of the year. The dual story of Brian Wilson in two during different periods of his life, performed by different actors, told in different styles, was a fascinating experiment that paid off. Both actors were equally strong making use of the different resources at their disposal. Paul Dano (young Brian) had the session tapes of Pet Sounds to take from and John Cusack (as older Brian) had the actual Brian. Their performances aren’t similar to each other in any way, but neither was the real Brian Wilson.

My new favorite Christmas Movie! In a world where Caitlyn Jenner is the most public transgender figure, this movie showed an incredibly truthful and specific side of that experience through the eyes of two flawed, hilarious, sometimes mean characters. A lot has been said about it being shot on an iPhone, but more interesting is that the filmmaker and actresses don’t shy away from showing the ugly side of the two main characters. Hilarious at times and full of life, it was thrilling to get to see this story told.

J. J. Abrams gave me an experience I will never forget. The movie itself was great, but it was sitting there, seeing characters and stories that have been in my life since I was a child triggered emotions and a sense of wonderment I didn’t know were possible to get from a movie. These characters packed decades worth of punch and emotional heft with every look they gave. I think some people argue that it was a bit ‘paint by numbers,’ but I think that’s how it achieved its greatness. This was just one of those rare experiences where everyone got it right.