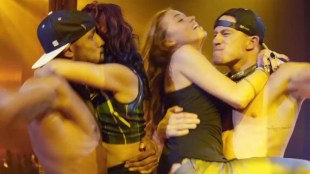 There are at least a dozen movies I didn’t see this year that probably could have been swapped into this list if I’d seen them, but I’m certain that nothing had a shot at supplanting this at the top. Multiple orders better than the original, they somehow improved on it by dropping some good parts (McConaughey), more bad (Pettyfer, Horn), and any semblance of stakes. I hope they keep making these forever.

I saw this twice in theaters and it got better the second time. I’m a little disheartened by talk of further sequels, but I guess I never expected this one to be worthwhile in the first place, so what do I know?

The Duke of Burgundy

I enjoyed Berberian Sound Studio but wasn’t really bowled over by it – it felt half-finished – but Peter Strickland’s follow-up turned out wonderfully. It’s rare that films get made about the day-to-day work of being in a relationship, and it’s odd that this is the most prominent example in recent memory.

Hard To Be a God

This may have been the first time that I’ve ever had to put down food I was eating because I was so repulsed by the film I was watching. Most gore, scatological humor, etc. doesn’t have much effect on me, but the waves of mud and spit and shit and blood in this are punishing. I honestly need to watch this again, because I couldn’t rightly tell you exactly what it was I watched here, but it really left an impression.

Rick Alverson movies can be a pretty tough watch, as can Neil Hamburger standup, so if you made it all the way through Entertainment, congrats! Its brutality is cathartic, not unlike Hard To Be a God, but in different ways, obviously. I just worry that people might forget what a good actor John C. Reilly is the more involved with comedy he becomes.

It’s like an intentionally, necessarily hand-holding version of Wolf of Wall Street for people that didn’t get the criticism baked into the Scorsese film. I’m just happy that Adam McKay is finally getting validation as a legitimate comic filmmaker with vision and not just the guy who directs Will Ferrell movies.

I cried at this like I cry at all of them. I actually hope they make sequels; I think it’s too rich a premise to let sit after just one film.

For what’s essentially Holocaust-Vertigo but less goofy, this was really effective, I think because it played the story so straight. Anything showier would have drawn attention to how ludicrous the plot is. And I kept reading that the ending was a knockout, so I was prepared to be underwhelmed, and I was proven wrong once again; the ending is perfect. John Liang will tell you that it’s boring but he’s wrong.

Very solid! Liev Schreiber was the best part; he under-acts like he’s trolling the rest of the (admittedly, still restrained) cast; he makes them all look like they’re in Mystic River

What We Do in the Shadows / Tangerine

Couldn’t decide, so here are two; sorry for copping out! Shadows is funnier, though less ambitious; and Tangerine tries to do a lot more, even though it gets a little flabby at times. Anyway, both are a lot of fun!