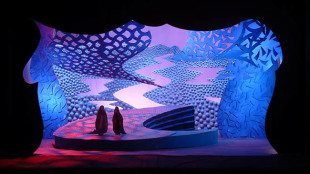 A Bigger Splash: Can You Hear The Colors?

Throughout A Bigger Splash, a very specific palette of hazy pastels and the occasional tropical bright hold court. The soundtrack hews a similarly homogenous path – we hear operatic arias and interludes mostly, and the occasional pop-driven scene is jarring to our senses, taking us out of Hockney’s interior world.

This cohesion of color and sound is purposeful. It binds us to our protagonist, firmly ensconcing us in Hockney’s warren-like world of controllable environments – apartments and quiet galleries. When he ventures out to fashion shows or into the streets, he seems eternally distracted by the chaos around him, unable to engage with other people because of the environmental stimulus.

a bigger splash, chromethesia, david hockney, how to..., opera, synesthesia
Over the Edge: Mousepacks
Topless: A Grass Sandwich
Copyright © 2019 BigShotMovieClub.com - All Rights Reserved.