Christine Noonan was a mystery. if… was her first film, and she didn’t end up acting much more afterward besides some bit parts in TV shows. Some research reveals that she passed away in 2003 but besides that not much is known about her. Aside from the fact that she plays the female counterpart to Mick perfectly – just the right amount of disdain and the right amount of mystery, Noonan is notable for being on the receiving end of Malcolm McDowell’s affections. In her first appearance in the film, she and Mick flirt and tousle playing at being tigers first clothed, and then suddenly  nude. 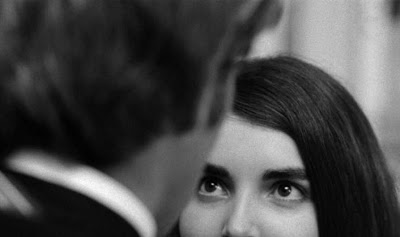 GIRL: Go on. Look at me. Look at my eyes. I’ll kill you. Sometimes I stand in front of the mirror and my eyes get bigger and bigger. And I’m like a tiger. I like tigers. Rrrrah!

According to lore, the nude scene was not in the original script but a suggestion from McDowell who was interested in seeing his cast-mate undressed. Like any serious actress, she obliged. the scene is electric and the sudden transition from clothed to naked wrestling adds one of the few necessary elements of surrealism to an otherwise realist film.

christine noonan, if..., tiger, youth in revolt
Over the Edge: Mousepacks
Copyright © 2019 BigShotMovieClub.com - All Rights Reserved.